The new Nest Hub Max is a 10-inch display seated in a fabric covered base with a touchscreen that lets you scroll through content from YouTube, the web and your own Google accounts. Unlike the original Nest Hub, though, the Nest Hub Max has a camera, speakers and a microphone through the 6.5 megapixel Nest camera which allows you to both pop in to see and hear what's happening at home, and use the camera and microphone to hold video calls through Google Duo. The Google Nest Hub Max also has a gesture tool, plus a facial recognition feature called Face Match. As you approach the display it wakes up, and greets the person it recognizes by name, up to six different people. There are other IoT devices — we are thinking about Anki's robots — that also taps into facial recognition to learn your face. But this particular feature, to our understanding, hasn't appeared on a Google display until now.

0 average based on 0 reviews. 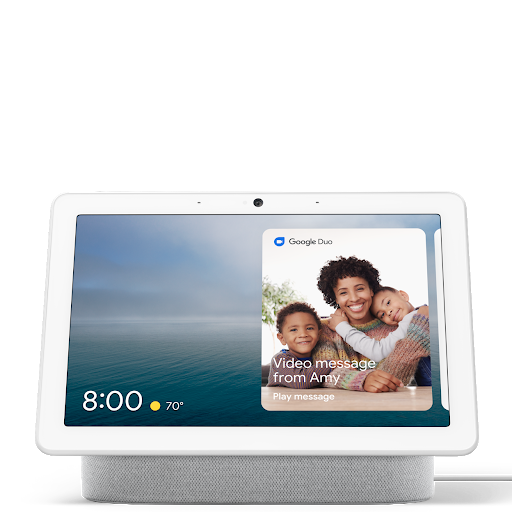